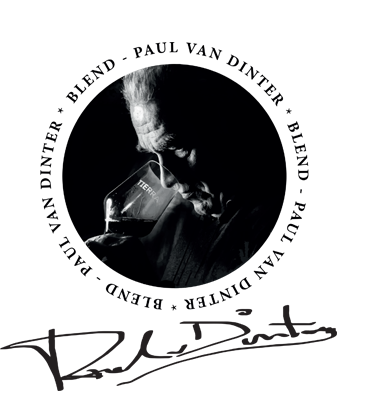 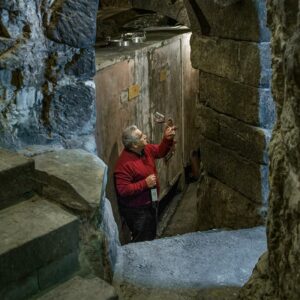 In 1987, Paul Van Dinter and his wife Carine Willen took on their greatest challenge: setting up in business as independent wine merchants. It took many years to arrive at this pivotal point, mainly because of the time taken to acquire knowledge of the many facets of the world of wine. Paul Van Dinter first travelled to Bordeaux to complete his training at the University of Viticulture and Oenology in Blanquefort. The three year course mostly taught him the art of wine tasting and how to match wines with food. The warm hospitality he experienced in the sunny south had a lasting effect. Close ties of friendship were forged during his time in the south. Later, during the annual holidays, he travelled to many of the numerous wine growing areas in France. At the University of Viticulture and Oenology of Suze-la-Rousse, he learned winemaking and the many existing pruning techniques. Of course, nowadays, traditional French winemaking methods are still alive and well and they are increasingly being used once again.

A considerable amount of time has passed since then, and Wijnhandel Van Dinter has grown into an information centre and commercial wine merchant selling wine and delicacies and everything in between.

Paul Van Dinter can often be found teaching oenology, both privately and within the Horeca Vorming Vlaanderen organisation (a hospitality sector training organisation). Lectures, readings, judging wine competitions and wine-tasting tours are just some of the many activities that Paul Van Dinter is invited to participate in both at home and abroad. He has been a member of the active Saint Emilion Jurade and of many other wine societies since 1995. 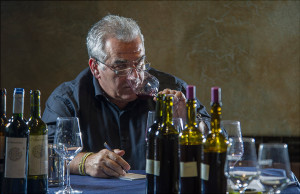 As a result of his frequent contacts with many winemakers and his agreement with their ideologies as regards winemaking, he has always fostered the dream of one day making his own wine. This wine would be the fruit of the philosophy he has developed throughout his studies and following many conversations with winemakers.

Therefore, we proudly present “Blend Paul Van Dinter” to you. Check Paul’s first wine “Tierra El Primavera” and convince yourself of his contemporary view of winemaking.